Scotland – Day One: A Friendly Welcome and Getting our Footing in Edinburgh

We made it to Edinburgh this afternoon and I’ve fallen deeply in love with this city. It was honestly love at first sight. The medieval old town charm won me over instantly and I felt compelled to take photograph after photograph to quickly take it all in so I could keep it forever. If you don’t believe me, this photo below is the view from our hotel window as I write this now. 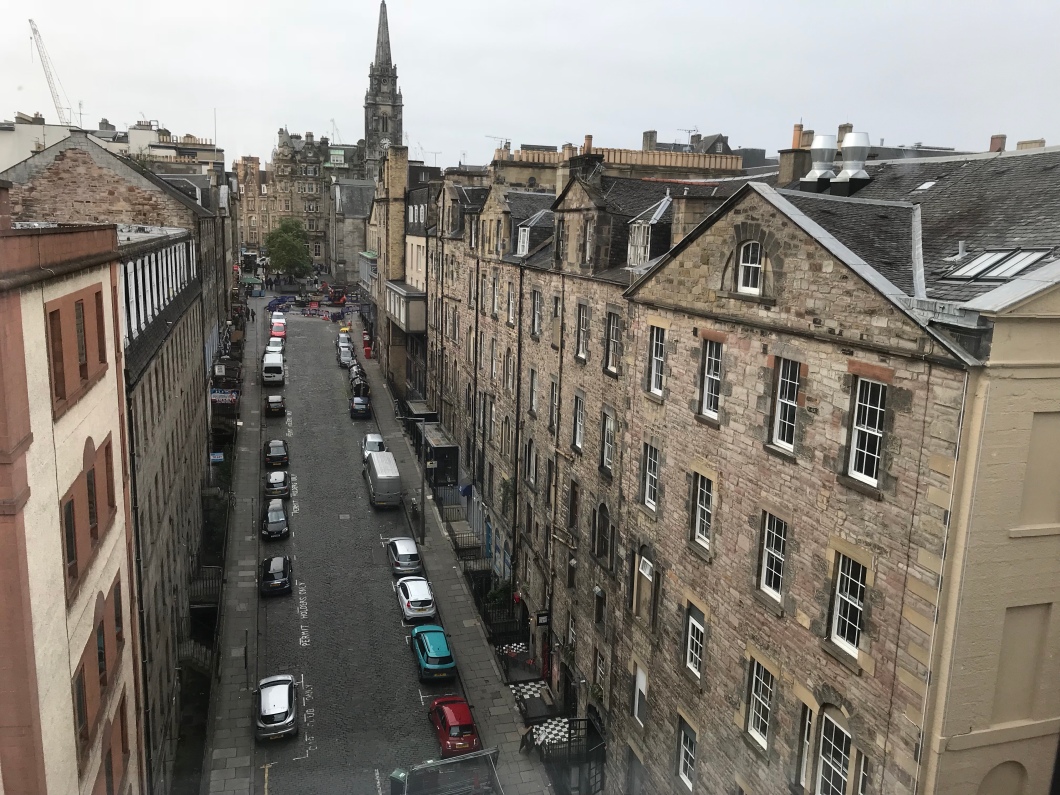 My friend, Kristyn, took the train down to Edinburgh from St. Andrews, a seaside town northeast of Edinburgh, to meet us. She whisked us through the streets of Old Town Edinburgh to The World’s End, a pub along the Royal Mile. Of course we started our stay in Scotland with Fish & Chips and Syd had her first LEGAL drink in Europe. 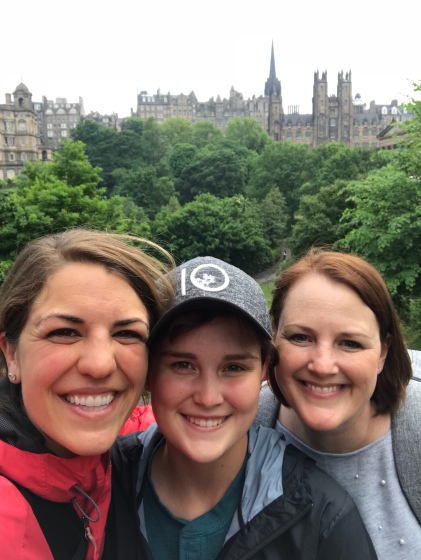 After lunch, Kristyn was kind enough to act as a local tour guide to help us get our footing in Edinburgh before we venture out on our own tomorrow. We walked the Royal Mile to get a glimpse of Edinburgh Castle, which we’ll explore completely tomorrow. 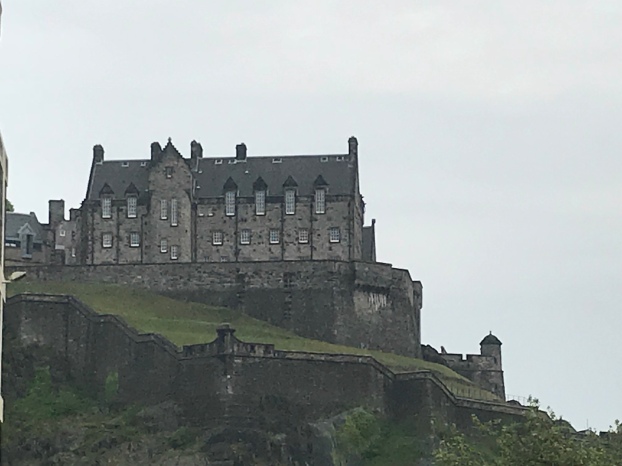 Along the way, we saw several bagpipers, some solo and others playing with a full band. I used to hate the sound of bagpipes when I was younger. When I’d hear them during parades, I’d cover my ears until they passed. Now, I could watch and listen for hours. Could it be that I can now appreciate a man in a kilt?

Kristyn took us through Milne’s Close, one of the many Scottish alleyways, leading to the New Town of Edinburgh where we walked down Rose Street, a narrow pedestrian street lined with quaint cafés, pubs, and restaurants. We stopped for a drink at The Shoogly Peg and sat outside enjoying the evening.

Unfortunately, our time with Kristyn was short. She was, however, able to orient us to the city rather quickly and point us in the direction to find all the Harry Potter magic of Edinburgh. Tomorrow we’ll be visiting Victoria Street, the inspiration for Diagon Alley, and Greyfriar’s Kirkyard, where many names on the gravestones gave rise to some of J.K. Rowling’s most notable characters. 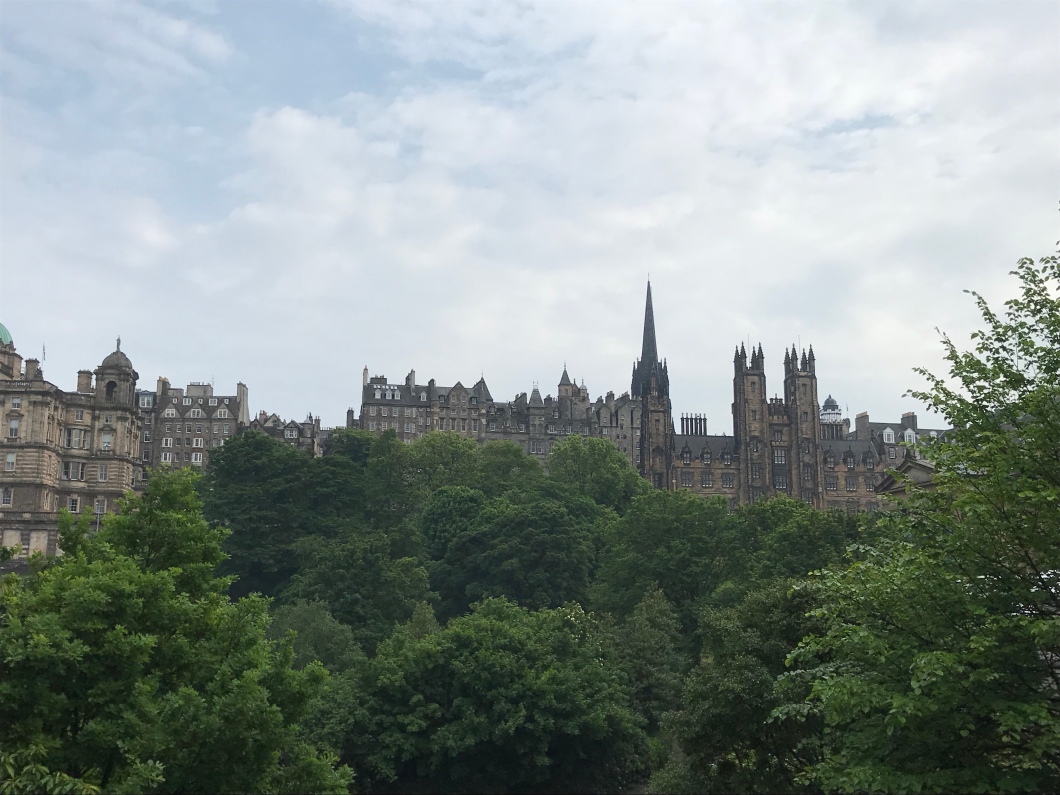 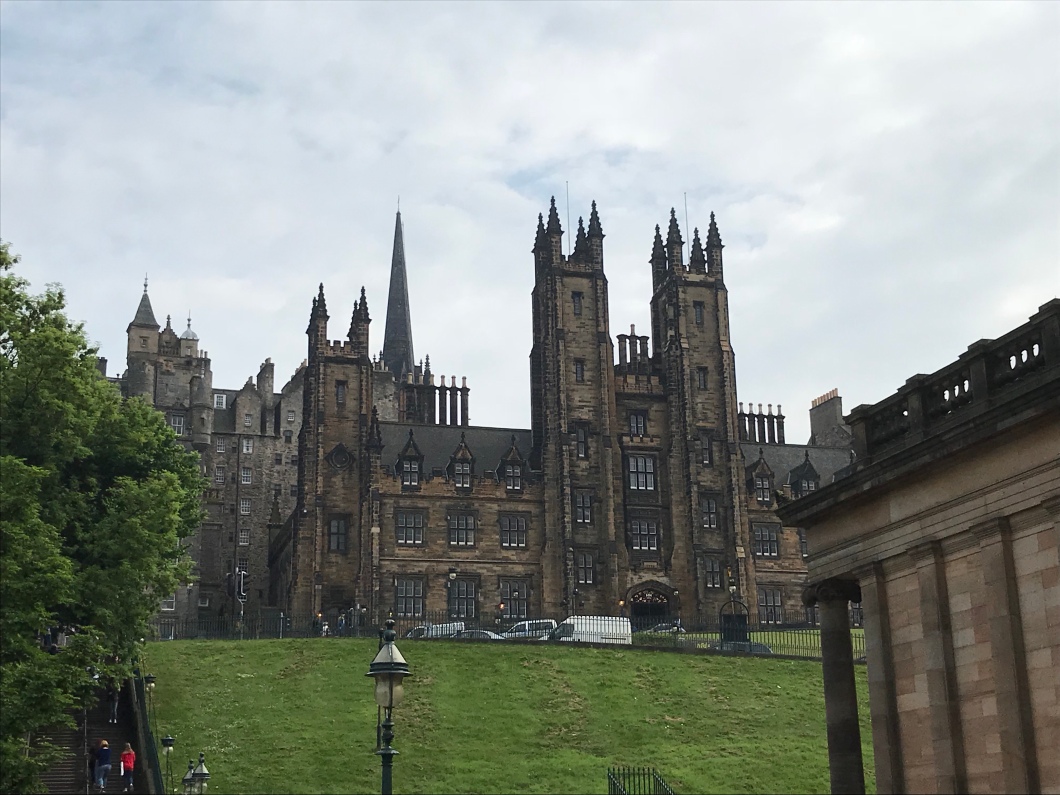 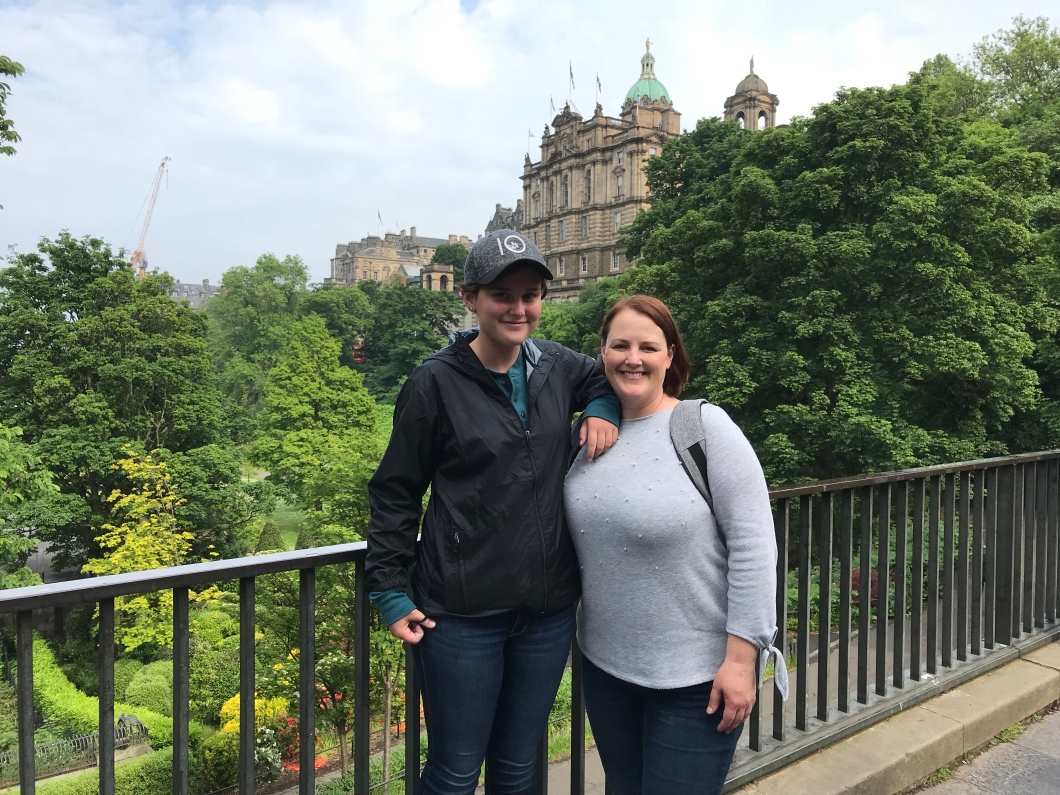 More of Edinburgh to come…